Balancing a model aircraft is normally one of the last steps of the build process and in most cases, this is achieved by repositioning components or by adding some weight to achieve the desired CG position. Normally the CG for a conventional layout is 30% ahead of the MAC of the main wing.
Recently while preparing V2 of my Gee BEE R2 profile I was balancing the model prior to the flight and ran into a major balance problem.
My new design has a scale outline and the original full-scale R2 had an 800 HP 9 cylinder radial engine and the pilot was placed near the tail to achieve the required balance.

I had placed the engine in a position that puts the propeller in the correct position and used heavier high torque servos to cater to the increased performance when compared to V1 of my design.

The servos for the elevator and rudder were moved much closer to the tail to shorten the control linkages. When I balanced the model I soon found that it was tail heavy.
I thought that I could easily get around the problem by adding some lead to the nose. Unfortunately, I soon realised that the weight I would have to add was excessive. Something like 1kg would have to be added! This was nearly 50% of the weight! So it was back to the drawing board. I would have to perform weight and balance and make changes to the placement of components and modify the model. I looked up my light aircraft design textbook and created a spreadsheet to calculate the balance position. I weighed the components and entered these into a spreadsheet. Components that could be moved were weighed separately. Other components that were not able to be moved were left attached.
An example of this is the motor, receiver, and escape left attached to the fuselage. Adjustments were then made to the location of the servos. These were moved as far forward as possible. After doing this I found that the design was still tail heavy.

To solve this problem I moved the wing further aft as the wing makes up around 40% of the weight of the model. This resulted in the desired balance point and this would not significantly affect pitch stability as there was still adequate tail area and moment arm. This design uses a separate wing saddle to allow for experimentation with different wing sections and wing aspect ratios. So to allow for the wing to be moved aft a new wing saddle was constructed.

The spreadsheet I used is available at the link below.

To add new components insert a new line and paste the Excel formulas.
The component numbers match the numbers in the fuselage diagrams. 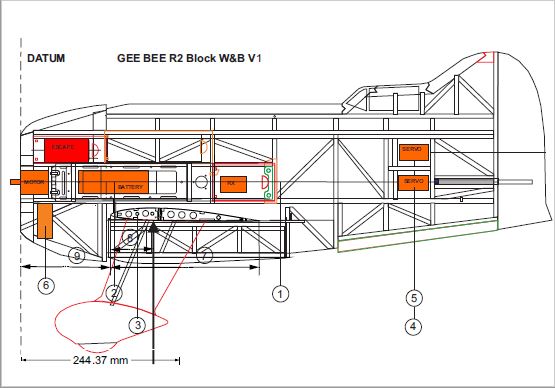 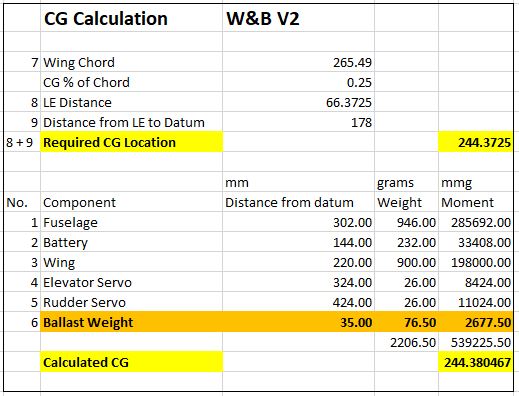 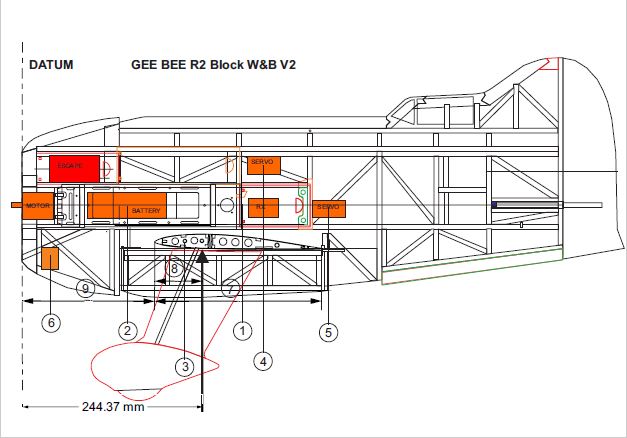